The trending nature of child sex trafficking on social media outlets and the news suggests that the commodification of children is a new and rapidly growing issue relating exclusively to traffickers and pedophiles. This representation of child sex trafficking in fact stands in stark contrast to the statistical frequency of buying and selling children for sexual purposes. Child trafficking is neither new, nor statistically extraordinary, and is in fact deeply rooted in environmental instability and negligence, poor policy establishment, poverty, economic practices, overconsumption of cheap goods, and unsustainable travel practices.

Welcome to the child sex trafficking mini-series. It is important to note that while this series will address all forms of child trafficking, sex trafficking is the core focus. The purpose of this blog mini-series is to address the widely circulating misinformation about the sale of children for sexual purposes, and to give you a fuller picture about the true nature of this problem. Social media would suggest that child sex trafficking is merely the product of a bunch of greedy and gross pedophiles, when in reality average people going about their regular life are unknowingly a huge part of the problem. We are going to address that over the next five weeks. It will be difficult information to process, but I hope that in joining me over the next several weeks, you are empowered to reconsider the small choices you make on a daily basis that indirectly and directly lead to global child abuses.

Don’t worry, traffickers and child abusers are not off the hook here. I feel passionately about harsher punishment for child abusers, alongside exploring therapeutic measures for those who have been abused or engage in acts of survival. While we will focus on harsher punishment for traffickers and abusers at some point, over the next five weeks we will be talking about the current state of children and children’s rights, talk about root causes to child sex trafficking, and then we will talk about what you can do to help reduce this global human rights abuse.

This however is the one disclaimer I will give to this series – This blog content requires emotional maturity and responsibility. If you are here to read a “sex traffickers are the sole source of evil; other people are the problem,” sort of blog you have come to the wrong place. This series takes a hard look at the role the average, never-hurt-a-child people unknowingly play in contributing to child sex trafficking. This isn’t a blame other people, witch-hunt sort of blog. It’s the one where I am calling all of us, myself included, out.

Here is what you can expect from this mini-series.

October 7, 2020 – Postscript (A fuller discussion of the Conventions of the Rights of the Child)

Please note that sources of information are included at the bottom of this article. Both my education & professional background is grounded in addressing human rights abuses with a special focus on children, and much of this information is pulled from my cumulative graduate work. I do encourage you to read the listed sources.

“Human trafficking is the act of recruiting, harboring, transporting, providing or obtaining a person for compelled labor or commercial sex acts through the use of force, fraud or coercion,” according to CRS.org. Trafficking can include forced labor, slavery, domestic servitude, forced marriages, or the use of persons for organ/tissue removal, begging, war, or sex. Child trafficking is the same definition, but applied specifically to children.

Child sex trafficking is the trafficking children for the purposes of sex or sexual acts.

While each other listed forms of trafficking deserve a platform, for the purposes of this mini-series we will be focusing solely on child sex trafficking.

It’s not hard to believe, but often an overlooked reality, that children are the world’s most widely marginalized social group across the entire planet. They face the most profound forms of discrimination in gender, race, ethnicity, and class. They have the least right to citizenship.

Children face the highest level of poverty globally; in both rich and poor countries, alike. Children have the least secure access to medical care globally.

Child poverty is at an all-time high globally.

Statelessness is at an all-time high globally with an estimated 48 million children without a registered nationality. This means that a child is not registered as a citizen in any country, and therefore does not have the protections or benefits of having a country to claim as their own.

Feeling a little somber? Me too. These are extremely difficult statistics to swallow. And they should make us uncomfortable.

While these statistics may be seen as isolated issues, each of these figures are symptomatic of a larger comprehensively failing system…one where a single failing system has the domino effect of bringing another fragile system down with it, and where humans are the collateral damage. These statistics are the result of environmental degradation, failed economies, growing poverty, historic and current failing global political relations, war, and acts of survival in the face of all of this.  Likewise, environmental, social, political, and economic factors influence child sex trafficking.

Poor policy allows sex trafficking to not only exist, but thrive.

We will talk about how these effect child trafficking and your role in them over the next three weeks. This is just the introduction.

Why isn’t anyone doing anything?

It seems these facts would be enough to compel anyone to mobilize against child sex trafficking, and all of the other children’s rights abuses. In an era where we are questioning the rights of different social groups, why isn’t there a movement for children?

There are a lot of varying perspectives on this, but I believe that the main reason there isn’t a successful movement for children is because children are not full right-bearing citizens globally.

In many nations, the United States included, the say in one’s life is something that a person acquires with coming of age, rather than an inherent right a person has when they are born. To put it plainly, adults (those of us in power) have treated children as if a voice is something to earn, rather than to have by way of existing.

Because of this, children have no way to self-advocate, to engage their government, lobby, vote, or protest for better conditions and protections. In many ways children are not viewed as stakeholders or full right bearing citizens, and therefore they are not given a way to participate in democracy, demand their rights (or demand the existence of rights that do not exist) be protected.

Children are often given rights insofar as they relate to the adults who shape policy. In a lot of ways this makes sense, and a lot of ways it fails to meet the best interest of children. This argument however, is not the focus of this mini-series. Additionally, children often lack the language necessary to convey their needs to the adults who do not or have not shared in the child’s experiences so that they can advocate for them properly.

Plainly, children have no way to take the lead on their own movement.

And worse, as adults we have failed to successfully take up the fight with them.

In Postscript 6 we will be discussing the Conventions of the Rights of the Child, the most globally ratified international treaty that the United States, to date, has failed to ratify. This unique global treaty extends protections to children’s civil and political rights, as well as their economic, social, cultural, and humanitarian rights. This is not being heavily focused on in the five-part mini-series because the important discussion surrounding this treaty diverges from the main focus of child sex-trafficking that this mini-series is dedicated to. A sixth blog will be posted on September 30th focusing specifically on the Conventions of the Rights of the Child.

A lot of information right?

If you are like me you’ve just been sucker-punched with enough passion to take to the streets. I get it. And I understand you probably want to jump to the part where you urgently want to know what to do.

We are getting there.

Over the next three weeks we are going to talk about the social, political, environmental, and economic sources of child sex trafficking.

We are going to talk about our own role in all of this.

We are going to talk about how our habits create an environment where child trafficking is lucrative and in high demand.

We are going to talk about how the narrative of “other bad people are doing bad things and we need to fight them off” lacks the insight, maturity, and responsibility necessary to truly have a positive effect on reducing child trafficking.

We are going to talk about all the reasons children’s rights deserve better than to be a trending issue without real action.

See you next Wednesday for Series Post 2 on Consumption and Environmental Instability.

Fernando, Jude L. 2001. “Children’s Rights: Beyond the Impasse.” The Annals of the American Academy of Political and Social Science 575: 8–24.

Wall, John. 2010. “Ain’t I a Person?”: Reimagining Human Rights in Response to Children.” Journal of the Society of Christian Ethics: 39–57. 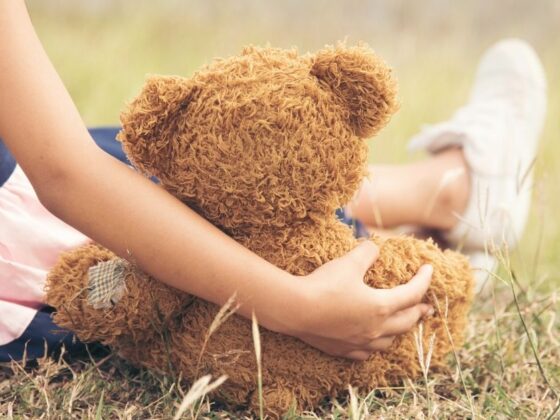 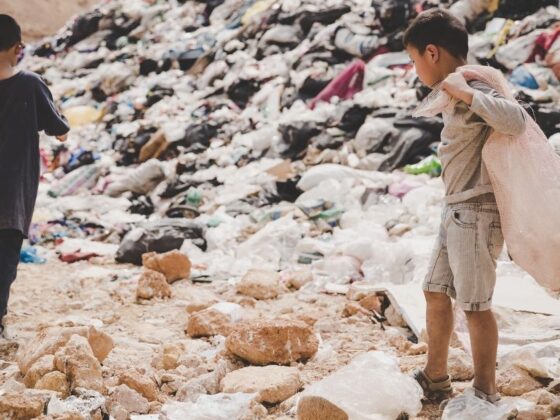 Children’s Relationship to Overconsumption & the Environment