This post reflects my personal views and experience and may not reflect the stance of the organization that I identify in this blog.

In light of the Executive Order signed on behalf of military spouses by President Trump in an effort to emphasize employment opportunities, I think we need to have a conversation about the significance of this order.

While interviewing for the job I have now, I looked down at my hands in the middle of the interview, irritated by the ring I was missing on my left hand. I very rarely take my wedding ring off, but I had made a point that day to leave it behind. I’ve interviewed so many times in the last four years of my life, that I have come to learn that living near a military installation means employers are on high alert while screening potential job applicants. It is always the same routine, they look at my resume and see where I come from, a rap sheet commemorating the ebb and flow of my work gaps in cross country locations, then they look at my hands to see if I am married, and then they ask me what brought me to the area.

I’ve come to learn that “work” is a sufficient enough answer for most potential employers if my ring is missing. If it’s on my hand, there is a solid chance they will ask me if I am a military spouse, a question I believe shouldn’t even be legal. It’s kind of like asking a woman if she is pregnant.

I am annoyed to say how many times I have removed my ring for job interviews, but the truth of the matter is, it’s a pretty standard practice among military spouses, because we all know what we are up against. It’s sad to say it, but our form of sacrifice for our country is a major discriminating factor in the work force. We know that because we are transient by way of life with the military, we are likely to be passed up for good jobs on the basis of knowing we cannot guarantee several years of commitment to the company. Personally, I have been told a couple of times that I was the best candidate for the position, but I couldn’t be depended on for longevity, and thus a different applicant was selected.

You might ask why I didn’t give them an earful about discrimination? Well, I did at one point…but ultimately, it’s a lost cause, because employment rejection is just a way of life for us, and there isn’t protection (that I know of) for discrimination against military spouses. That, and when you start throwing words like discrimination into job interviews, you have pretty effectively tanked any good vibes in the meeting. (I’d like to think I at least maintain tact and class when I get sassy.) Even if there was indeed discrimination, the company would likely claim that we ‘just weren’t the right fit.’ This is even more evident among spouses with skill sets and educations that make them candidates for higher echelons of work; spouses who should be candidates to be leaders in organizations tend to struggle measurably because companies often recruit employees with specific skill sets who will stay to grow the organization or company for a longer period of time.

This cycle of unemployment can set military spouses years behind the growth curve in their field. While counterparts in my field are likely to have the opportunity to be promoted in their respective job, opportunities for spouses can often move laterally. I am not saying it’s impossible to move locations and move up in a position, but often times a company will want to hire you in an area you already have proven skill sets, and then promote you accordingly. If you manage to find a job while stationed somewhere but never promote in it, it’s likely when you get to your next location, despite your hard work in your last position, you will be hired at the same level of work you left, and then have to prove yourself all over again. It’s a reality that has frustrated me for quite some time, knowing my husband will spend his time in service moving forward in his career, making himself even more marketable to the civilian job market, while I may continue to move laterally between positions with each relocation.

Additionally, there are a lot of draw backs for unemployed military spouses in families. Not only are many families in the military taking a pay cut compared to what they may be able to make in the civilian world, but dual income may not be possible while a family is active duty, as is the case when a military spouse is unemployed. Dual income would likely be easier to achieve in a civilian household. Many couples chose to live apart from one another, maintaining long distance marriages because of this.

I do feel it is important to recognize that sometimes we just aren’t the right fit for the job, or simply weren’t qualified, and that sometimes not getting a position we want has nothing to do with being a military spouse. The reality of this struggle however, is that what I am talking about is not merely based on personal experiences, though it wouldn’t be hard to get a group of spouses into the room and hear my story echoed throughout the body of people. The reality of it is that military spouses are made up of 92% women, and they face 4X higher unemployment rates than the national average for women, even higher unemployment rates associated with higher education. If you want to fight for women’s equality, starting a conversation around this topic is good place to start.

Fundamentally, this order represents a huge win in the way of equality for women. Of equal importance, is that this is a huge win for those in service.

I have said many times before that the single most direct way our military could be improved is by employing military spouses and by giving them more opportunities. Strong leaders marry strong leaders, and giving a soldier’s counterpart purpose, and empowering their skills and autonomy is crucial to retention of good leaders and healthy families.

I’ll be really honest with you, dear reader, I think I was the most miserable human being to be around when I couldn’t find a job or purpose driven work. All I did was bitch and moan about how the rest of the world was leaving me behind, until I one day got so sick of the message I was telling myself, and I got up and started a company that I still run today. But before I let creativity take the reigns on my boredom, I felt like the military didn’t need or value me, the civilian world didn’t appreciate or understand me, and the thought of my resume rapidly collecting dust scared the crap out of me. I felt like I was straddling two worlds, neither of which had a place for me.

There were times that I could have taken jobs that I was overqualified for, and if you are thinking ‘but aren’t you just happy to work if it’s supposedly so hard to find work?,’ you aren’t the first to think to that or express that thought to me. I will be honest and say, I worked very hard to put myself through school, and I am not ashamed to want more from my job than what has been made available to me. There is absolutely no shame in any position. I admire anyone who works hard, regardless of their title or station. I took a handful of lower skilled jobs just to keep my hands moving, but I am not ashamed to say I am capable of, and desire different challenges and I want a career that allows me to exercise my leadership muscles.

I tell you this though, because I know I was probably making my husband pretty miserable. Even though he was enjoying his job, and doing amazing work to foster the leadership in others, he hated to see me feel so worthless, and even more he hated to hear me talk about it. Before we had adjusted to the job hurdles I face, we seriously considered getting out of the military, for the sheer purposes that he could do what he loved in the civilian world, and I could find deeper purpose outside of being attached to the military, and we would be a healthier couple. We had resigned ourselves to getting out. This is no longer the case, but it’s still a reality for a lot of military couples. The fact that strong leaders are getting out because their strong spouses are not given the opportunity to find meaning or purpose in this life for themselves is, and should be regarded as a devastating blow to not only the Armed Forces, but to National security and the American people as well.

So dear reader, if you can’t tell, I’m pretty damn stoked about the Executive Order that is in the works. We have a long way to go, but this is one step in the right direction for not only strengthening our Armed Forces, but for showing appreciation for those in uniform and those who sacrifice to support them, and a major win for women. Now let’s hope it works.

If you have more questions, as many do, I encourage you to leave a comment, and I would be happy to respond. 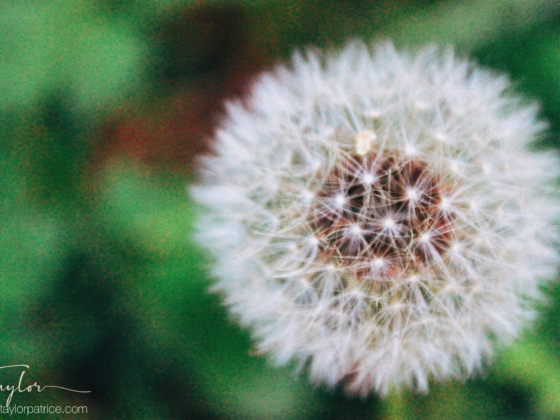 A Letter to the Person Leaving Home for the First Time 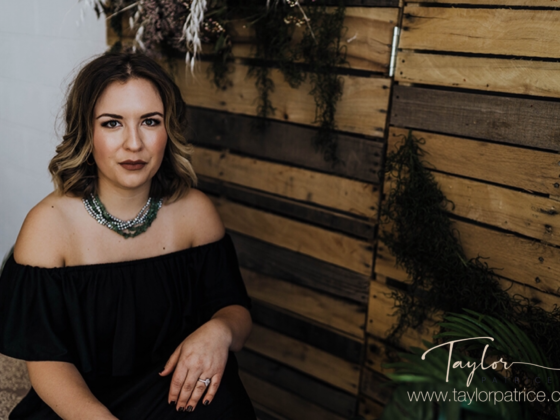 Planting Seeds in Concrete – Lessons from a Burnout