We have seen it all over the news. People are getting off their couches, coming out of quarantine, and taking to the streets to protest the Stay-at-Home Order. They are doing it in the name of exercising their Constitutional rights and their right to go back to work.

As a proud American, and as a human rights scholar, I revere the Constitution of the United States and the protections it extends to its people, but the growing protests challenging the Constitutionality of the Stay-at-Home order is senseless.

I’ve participated in protests before, and the day will come where I will do it again. Today is just not that day.

Maybe you are a protester.

Maybe you are angry about it all like me.

Regardless if you are still on your couch or standing with a sign, the truth is that emotions cannot dictate our actions in these moments. This isn’t an instance where “to each their own, live your own truth,” works, as much as that is normally the message I preach. This is a team sport and failing to play like a team will cost lives, money, and rights as we know them.

The 14th Amendment can be interpreted as a positive right Amendment which not only gives power to the state but obligates the state to enforce practices that safeguard the nation’s people against harmful practices. This is a good thing. Basically every civil rights movement since 1868 has cited this amendment, and it has served to protect the people – from both other people and the state. From this frame of mind protesters can be perceived as protesting their own Constitutional right to a government which provides safety.

THE RIGHT TO LIFE ARGUMENT

‘Right to life’ or ‘Pro-life’ has been a dominate narrative in our country throughout the last several years. Country wide, laws have changed to protect a broad spectrum of life. I am not arguing in favor of ‘pro-life,’ but if ‘right to life’ is going to remain the dominate narrative and push in our country, then we must view right to life as including those who are put at risk by prematurely stopping the Stay-at-Home order.

As of today, with consideration to the lack of proper testing, the United States is listed as having an 5% mortality rate overall from COVID-19. Of the 328.2 million Americans, 74.2 million of those Americans are ages 18-44, putting them in their financial prime for contributing to the economy. According to Worldometer, 1.0% of people ages 18-44 are dying from the virus. This means our nation can realistically expect 742,000 people ages 18-44 to die.

The US Office of Management and Budget values the human life between $7 million – $9 million. If you multiply the 742,000 people by their monetary value of $7 million, their loss of lives represents a $5.194 trillion in economic losses.

This math only accounts for 1% loss of life in the prime economic contributing age bracket which mirrors current COVID-19 statistical findings. This doesn’t account for loss of those outside of the described age bracket.

If more lives than this are lost, or the people that die are monetarily considered bigger economic contributors by variable factors, then that final number rapidly goes up.

Lost business and lost lives are both devastating to the economy.

If the argument to go outside is that this is ruining the economy, make no mistake that our capitalist driven leadership has considered the math and found the economic loss of lives to be a devastating statistic to the economy as well. These are the numbers without ever considering the gravity of the moral argument.

If the death rate stays consistently 5% across the country including all age brackets, which is a conservative estimate compared to what might be a more realistic picture painted by the Big Four, we are looking at 16.5 million American lives lost.

This is again according to current known numbers and assuming there is no intervening factor, such as a vaccine. I am aware that testing has been limited, skewing the picture. Poor testing however is not enough reason to entirely discount what we know so far.

This is not sensationalized explanation. It is simple math. And it is a realistic picture of what we are looking at. It may not be today, and it may not be tomorrow. This could take a long time to pass. The more successfully we flatten the curve, the longer this will take. And maybe if we stave the spread of COVID-19 off long enough, we won’t overwhelm hospitals and a vaccine will emerge, and this math will never come to fruition. You have no idea how badly I hope to be wrong, and how much I hope people reread this article years later and call me a ‘radical.’

“But Darwinism…,” I hear this argument a lot. Trust me, normally I would be right there with you, but even a small portion of overly confident people will expedite the spread of this virus. If the effects of COVID-19 were isolated to the individual, I literally wouldn’t care what people do. Our decisions do not have isolated effects, so I care.

The bottom line is that the Stay-at-Home order has nothing to do with your rights, or taking them away. It has everything to do with people you love not dying alone, drowning in lung fluid, because there is or is not a ventilator available. It’s about using the laws to protect Americans – not to strip them of their rights.

The word ‘patriotic’ means ‘vigorous support of ones country.’  Shouting that the stay-at-home order is impeding your individual rights, putting your personal rights above those of your neighbor, and calling these actions ‘patriotic’ is damn near the least patriotic thing a person can do. It insults the word altogether. It’s selfish. It’s unpatriotic. And if this is how we feel about our rights, we have lost our way as a nation.

My belief that the protesters are making senseless and dangerous decisions based on false reasoning should not be confused as apathy towards our shared experiences.

I understand that all jobs are essential to the person collecting the paycheck.

I understand the fear that is driving protesters from the safety of their homes.

We are afraid of losing our deeply held rights, whether by slow loss in the name of safety, or ripped from our fingertips.

We worry about the economy – If we will be able to access what we need. If businesses will survive if they remain closed.

We worry how long we will be out of work. Or if there will be a job waiting for us on the other side of this.

We worry how we will feed our children.

We worry about the growing poverty pool and may even worry we are close to poverty ourselves.

We worry if there will be a job for us, tomorrow, or all of the next days.

We worry how long this uncertainty will go on.

We worry that we cannot trust our government.

Our country has failed to establish systems that protect its people, and that is a really fucking scary thing. It causes us to have to weigh our need for work against our own safety, and against the well being of our neighbors. It has caused us to weigh money against lives.

What a heavy human burden to bear.

I understand this fear.

I understand it intimately.

I believe firmly we all need to keep sitting in solidarity of one another.

But while we sit, we need to make known our need – our right to collectively emanate our wants, needs, and demands is a pinnacle of democracy that should always be exercised, even if it should be done from the couch. We need to convey our need for decisive leadership and safe economic engagement practices. Our need for a sustainable plan to get us through these uncertain times.

There will be a time for protests.

And when that time comes, we should be protesting the system which has left families hungry while sitting in solidarity.

We should be protesting the unfettered system which has left people indefinitely jobless in the face of a world tragedy. If I am recommended to have six months of savings in my account for emergency, then multi-billion dollar businesses should do the same.

We should be advocating for a country that takes better care of its people, and in that propagation, we should act like we care about each other.

I know you are scared. But please sit down. And if you must protest, protest for your right to a government that cares for you better, rather than for the right to create more harm in an already chaotic world.

As one of the greatest nations in the world we should not be needing to weigh our neighbors right to life against our own need to eat. This is unacceptable.

That is the protest I will join you in.

My love for you always,

For sources, please see below.

The Cost of a Human Life, Statistically Speaking. (2012, July 21). Retrieved from https://www.theglobalist.com/the-cost-of-a-human-life-statistically-speaking/ 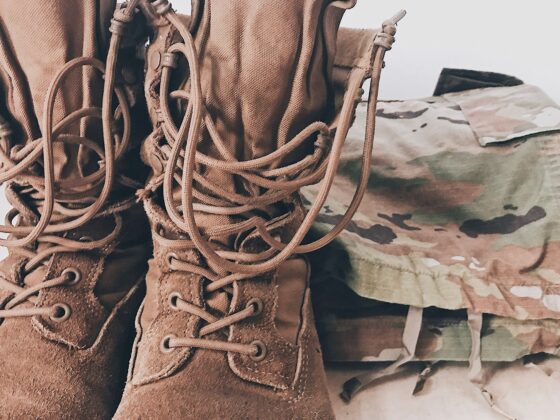 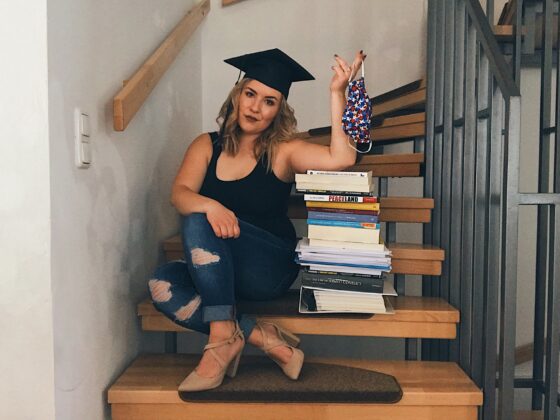 Dear Graduate (During a Global Crisis)