Before we get started with policy pieces, I believe it is important you know my personal principles that serve as the foundation for my policy positions as they relate to both people and planet. Policy and interpretation does not exist independent of our moral ideals.

I have spent years considering (and conflicted by) both politics and my policy positions.

I spent a long time trying to figure out with which political party I align.

For the sake of this conversation, this post has nothing to do with our current or most recent leadership and is a general thermometer on party participation.

For a while I thought I was a Democrat, sympathizing with their perspectives on most social and environmental issues, and a couple handfuls worth of economic issues. This shoe didn’t ultimately fit because while I supported a number of the platforms and policies intended outcomes, I didn’t align with many of the policy approaches. A few examples include autonomy-limiting policy platforms such as those that relate to gun control, with similar concerns about tax policy. Additionally, I have concerns that some of the policies sound great but are not actually functional, potentially resulting in greater marginalization of the people they want to help.

Then I thought, “maybe I am a Republican,” believing that some of the fiscally conservative policies promised a better way forward and sharing in some of the concerns about government overreach. Turns out, this shoe didn’t fit either. I take a generally strong position against most mainstream moral legislation, and believe that the government has a fiduciary responsibility to act in the best interest of it’s people that this party has generally failed to uphold. Additionally, many of the policies, operating within our current systems, benefit only the biggest fish in what is a really large pond, resulting in greater inequality. Like with the Democratic party approach, I’m not cool with that.

I resigned myself to the title of ‘political pragmatist,’ with no true party alliance, voting for whatever party I believe proposes the most functional lesser evil. I am a historically consistent swing voter from a very politically predictable state. I remain disenchanted with the entrenched political machines who are both desperately trying to mop the floor with dirty water. I find both to be dangerous in their own ways and far too often misleading, both which do a disservice to my compatriots, my country, and the world as a whole. Ultimately, both parties have failed to represent the people well, and it’s resulted in extreme polarization and instability. I fundamentally believe we deserve good leadership, and should not be left choosing between two disappointing political factions.

I considered my political and policy positions in conjunction with moving and working in various pockets around the United States. It was new moves and new work that showed me the breadth and depth of the government’s failure to dynamically serve its people, represent its citizens, and solve problems at the lowest levels, where lives are directly impacted.

I came to believe that though policy from the top of the government was well-intended, applied at the lowest level many policies were failing, inhibitive, and counter-productive. It seemed that top level policies were written by people too privileged to fundamentally understand the dynamic problems they are trying to solve with blanket solutions. They are written by people too far removed from the issues to recognize cultural and community nuances that shape outcomes. And they are passed by people too disconnected from the people shouldering the burden of the broken system to care about the consequences of poorly written policies.

Because of this, and a handful of other reasons we will get to in time, I believe in a decentralized governance approach.

I really wanted to be Leslie Knope. Turns out, I am actually Ron Swanson without the mustache.

It was a funny thing even for me to learn that most of my beliefs on the best way forward for our country most closely align with the libertarian party…specifically neoclassical libertarians. It was especially funny that I most closely aligned with what is considered a conservative party, a party notoriously known for its individualistic nature because of how I believe my very socially left-sided, community-oriented, nature-preserving views are best achieved.

If you are cocking your head to the side, kind of like I sometimes do when I think about what I just said, please remember that there are as many types of libertarians as there are ice cream flavors at the grocery store. In time, I may even change flavors.

So, speaking as a self-described political pragmatist with bi-partisan sympathies and highly libertarian tendencies, here is what you should know about my principle positions.

Unlike the general reputation libertarians get, I am not trying to burn down the government. Government plays an important role in a lot of really necessary stuff. I believe that the way it currently functions is highly dysfunctional, and has the potential to work better in a system that is structured differently. Though I believe a generally decentralized approach is more functional, at this time I still believe that big government plays an essential role in environmental preservation, national defense and foreign policy, and defending the fundamental rights of people.

My position is neither insulated, nor fail proof. You and I both see gaps in this position. I however, reject the notion that because my beliefs stand on the political fringe that I am required to have every problem solved within the context of this philosophical framework in order to deviate from mainstream thinking. Neither the Democrat nor Republican parties have a fully formed solution to all of the world’s problems within their framework. Neither do I. I simply think, at this very moment, this is the best way forward as a way to meet the needs of people and the planet.

I sleep peacefully at night because I accept that I am part of a very complicated continuum. Accepting this continuum makes me feel grounded in the human experience. I won’t leave this earth void of problems. I hope in my efforted fight that I may merely fill it with a little more light before God takes me home.

One day not long from now, a child will look at the complicated world they exist in and come to me and say, “why didn’t you do anything?” It is my hope to say to that child, “With all my heart and all my might, I did everything I could. I hope you can start where I left off.”

That’s what I am doing, right here, right now.

And on that note, let’s get started with policy pieces. 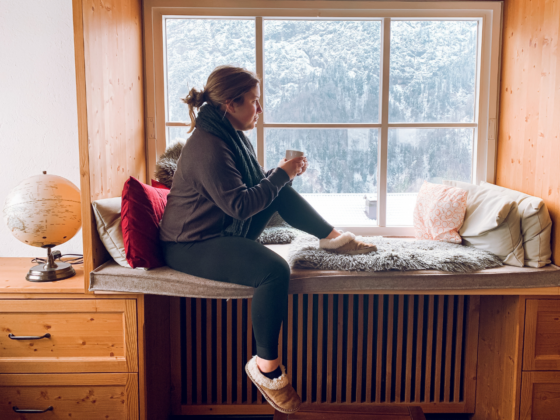 I almost quit the blog. Here’s what happened instead. 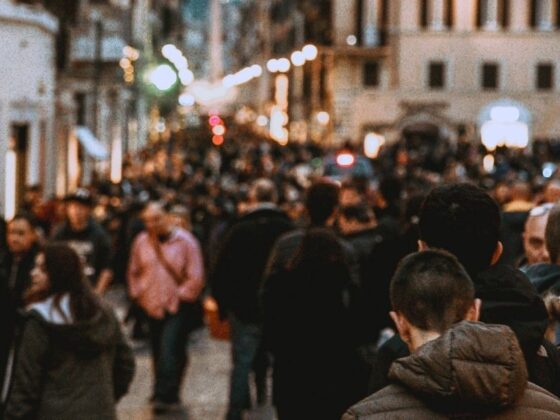